The 2018 Honda Goldwing is expected to be unveiled at the EICMA show in November and set to get a complete overhaul with dual clutch transmission, a host of electronics and possibly even a new engine 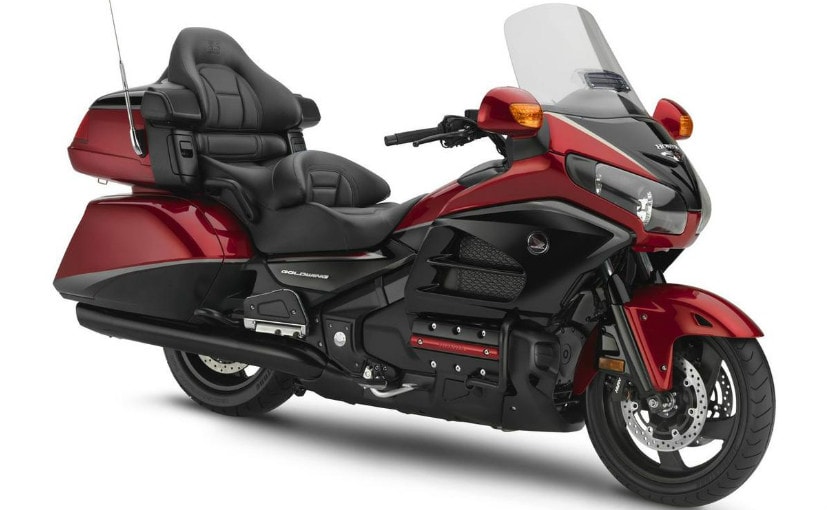 The Honda Gold Wing is all set to get a complete update for the 2018 model with an all-new bike. The new 2018 Honda Gold Wing is expected to be unveiled at the EICMA show in Milan in November with a complete makeover. The updates expected are not just cosmetic or cycle parts, but the new Gold Wing is likely to get a new powertrain, and possibly come equipped with Honda's dual clutch transmission (DCT) as well. Also on the cards is traction control, different engine modes, cornering ABS and semi-active suspension.

The 2018 model will certainly up the game for Honda's legendary touring machine, with all-new suspension and possibly even a new powerplant. It's still not clear if the Gold Wing's straight six architecture will continue to be used, with different tuning. But reports indicate that the engine will have to be Euro 5 ready and there's a real possibility of Honda introducing a four-cylinder hybrid version as well for the 2018 Gold Wing. The DCT is expected to add a whole new level of luxury to the tourer, with possibly a seven-speed transmission and a reverse gear.

The Honda Gold Wing or GL1800 as it's also known, is considered one of the best touring motorcycles in the world. The four-stroke, flat-six motor displaces 1,832 cc and makes 116 bhp at 5,500 rpm and peak torque of 167 Nm at 4,000 rpm. With a kerb weight of 413 kg and wheelbase of 1,690 mm, the Gold Wing isn't exactly your agile touring machine. But what it offers is the pinnacle of comfort and luxury for long hours on wide open highways. The current Honda Gold Wing is sold as completely built units (CBU) in India and priced at ₹ 29,95,014 (ex-showroom Delhi).