The all-new Honda Gold Wing is lighter, more powerful and more feature rich than its predecessor, while also packing in Apple CarPlay. The motorcycle also now available with an automatic transmission as well. 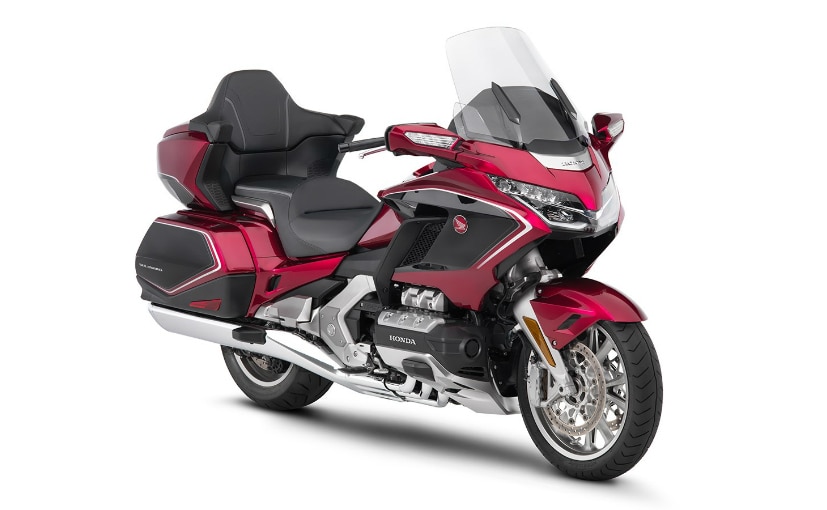 The 2018 Honda Gold Wing made its global debut at the Tokyo Motor Show earlier this year, and now Honda Motorcycle & Scooter India (HMSI) has announced bookings open for the company's flagship tourer. The 2018 Honda Gold Wing is priced at ₹ 26.85 lakh (ex-showroom, Delhi) and is a completely new motorcycle packing in improved technology, performance and luxury over its predecessor. Honda's chariot on wheels also comes with the third generation Dual Clutch Transmission (DCT), apart from the completely new chassis, and design. 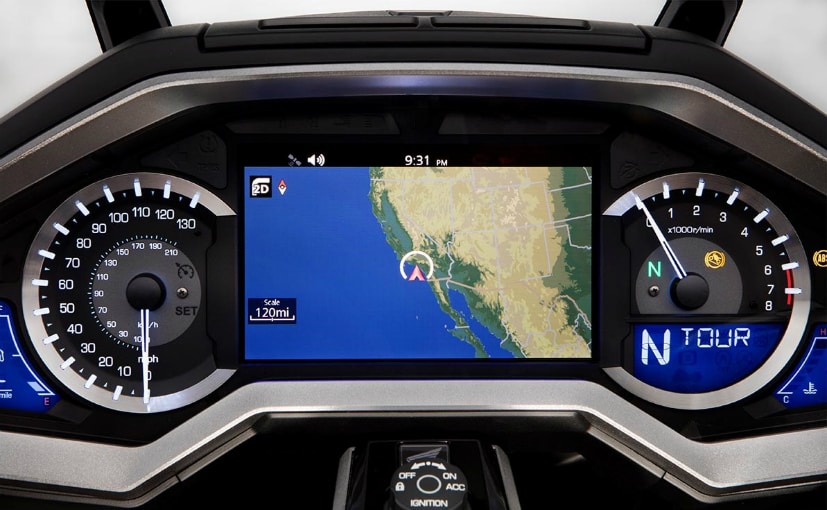 Speaking on the launch of the new Gold Wing, HMSI - Senior Vice President - Sales & Marketing, Yadvinder Singh Guleria said, "The 2018 Gold Wing was first showcased at the Tokyo Motor Show in November'17 and delighting our customers in India, Honda is today starting the bookings for this legend. The new generation Gold Wing gets a 7-speed DCT, revolutionary suspension setup, Apple CarPlay, HSTC and a brand new engine, making it a true rider's motorcycle. The best ever Gold Wing with all these new features is a complete generation leap and yet comes with an unmatched price."

The Honda Gold Wing has been around for over four decades now and the motorcycle has been nothing less than a touring icon. With the 2018 edition, Honda has further introduced added refinement on its offering while packing in more power from its six-cylinder engine. Visually, the tourer looks sharper, gets a small front fairing and an electrically adjustable windscreen. You continue to sit like a king on the Gold Wing with enough support for the pillion as well. The massive panniers and top box can offer up to 110 litres of stowage and accommodate most of the luggage, while the bike is now tech friendly with a host of connectivity options. 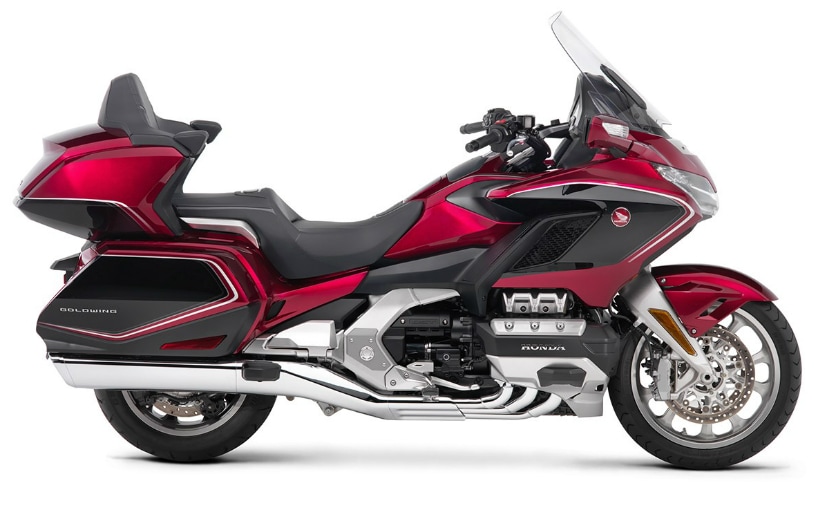 One of the major upgrades on the 2018 Honda Gold Wing include a new 7-inch full-colour TFT screen that replaces the conventional instrument cluster. The infotainment system now comes with Apple CarPlay connectivity (no Android Auto yet). In fact, the Gold Wing is the world's first bike to get Apple CarPlay. Other features includes full LED headlamps with auto cancelling indicators, and a smart key control for added convenience. You continue to get an audio system as well. There's still no coffee maker though, but we'll let that one pass.

Honda has also introduced the new Throttle by Wire system on the 2018 Gold Wing that adds four riding modes to the bike. This includes - Tour, Sport, Econ and Rain. There's also Honda Stability Torque Control (HSTC), which controls suspension damping for heightened rider control. In addition, the bike comes with force Idling Stop and Integrated Starter Generator (ISG) for a quick start, along with ABS and Dual-Combined Braking System (D-CBS) for effective control on the mammoth sized bike. A boon over those mountainous rides, the Gold Wing also equipped with Hill Start Assist. 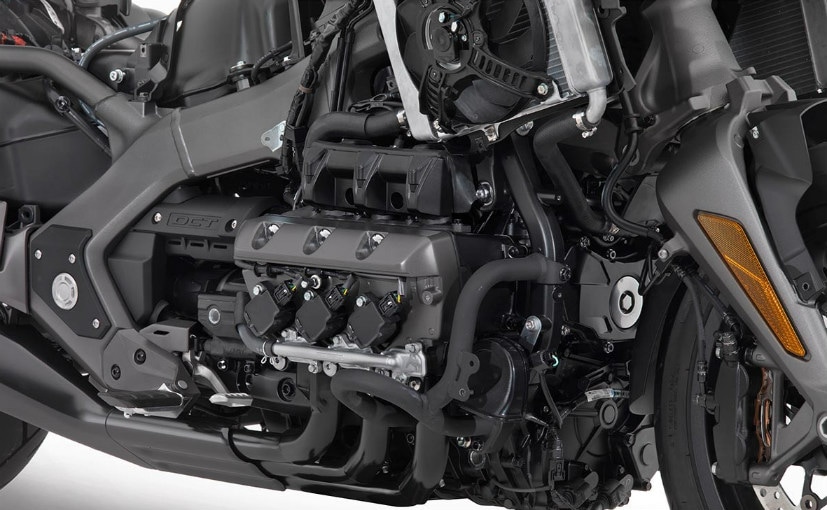 Speaking about the powertrain, the 2018 Honda Gold Wing now uses a 1833 cc six-cylinder engine with four valves per cylinder. The motor is tuned to produce 125 bhp at 5500 rpm and peak torque of 170 Nm available at 4500 rpm. There's a considerable amount of improvement in performance as the new Gold Wing 48 kg lighter than its predecessor at 365 kg. The new chassis itself has shed weight by 2 kg over the older model. The motor now comes paired to a 7-speed DCT unit, while a 6-speed gearbox is available as well internationally.

It is the second premium offering Honda to feature an automatic transmission, and has been developed with a special low-speed 'Walking' mode, along with the reverse gear. Honda says the function helps when maneuvering in and out of parking spaces with a passenger at the back. 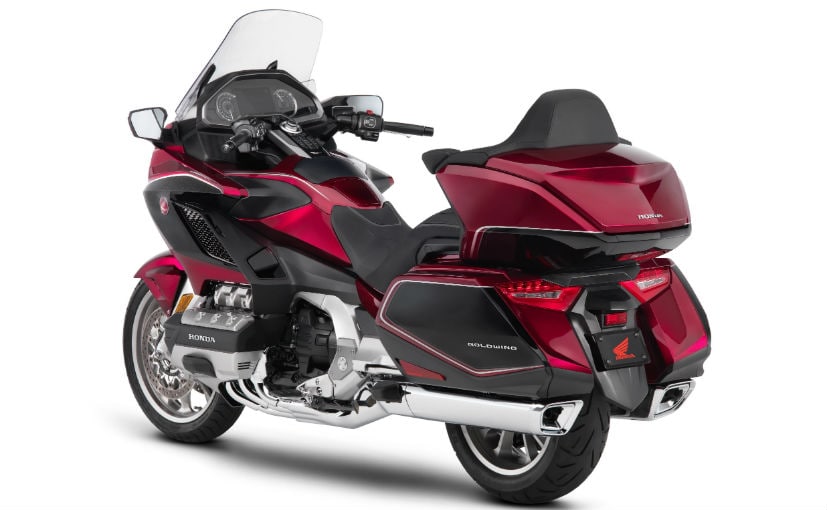 Honda is offering the Gold Wing in two variant - Standard and Gold Wing Tour, and can be had in the Candy Ardent Red colour. Bookings are open at the Honda Wing World Dealerships in Delhi and Mumbai at present, while deliveries will commence in early 2018. The Gold Wing faces competition from the likes of the Indian Roadmaster, Harley-Davidson CVO Limited and the likes in the country.