The new Aspire is more feature rich and the design changes made to the front add to the fresh appeal of the car. 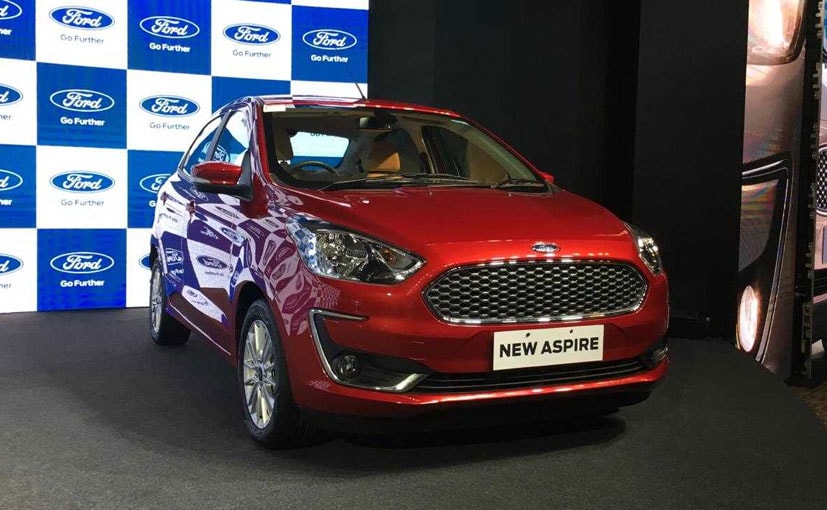 Ford India has finally given the Aspire a much needed facelift which comes three years after the subcompact sedan was first launched in the country. The 2018 Ford Aspire Facelift has been launched at a starting price of ₹ 5.55 lakh (ex-showroom, India) and the pricing has made the new model more affordable than the outgoing one. Ford has made a host of cosmetic and mechanical changes to its compact sedan. For starters, the new Aspire gets a revised face, tweaked rear and an updated cabin along with two new petrol engines. Not to mention that the old Aspire already had two petrol engines, but these are from Ford's new Dragon engine family seen on the new Ford models like the Freestyle and the Ecosport. So what all is new on the 2018 Ford Aspire facelift?

Ford has modified the face of the new Aspire very tastefully for a facelift and this is an area where the changes are most apparent. Upfront the facelifted model gets a new honeycomb pattern grille doing away with the old grille which came with slats and looked very Aston Martin-ish. The front bumper has also been re-profiled and sports a handlebar-moustache-like black design housing that incorporates the central airdam and circular foglamps which are fringed with C-Shaped chrome on both the ends.

The dimension of the car has not been changed and the overall design on the side is the same while it gets new multi-spoke alloy wheels and new wing mirrors. At the rear, there are revised taillamps and the thick chrome slat running the width of the boot lid has been retained. 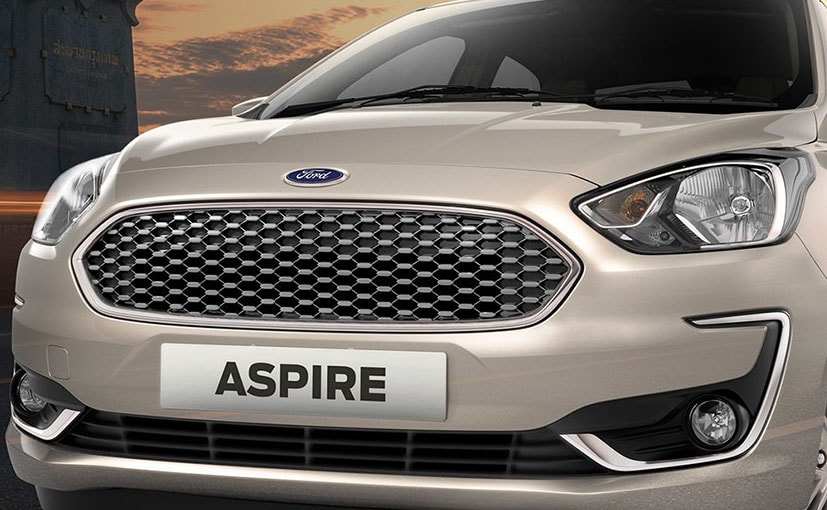 The face of the new Ford Aspire looks fresh housing a new honeycomb grille and re-profiled bumper with chrome inserts.

The cabin of the new Aspire is not entirely new but Ford has made some significant changes that distinguish it from the old model. It comes in the similar beige and black dual-tone interior theme but the seats have been restyled to offer better support. The dashboard has been revamped too and the central console too has been updated with a new 6.5-inch floating touchscreen unit similar to that seen on the Ford Ecosport facelift and the new Ford Freestyle. Albeit, the Aspire even now doesn't get a rear air-con vent which is on offer on the rivals like the Maruti Suzuki Dzire and Hyundai Xcent. 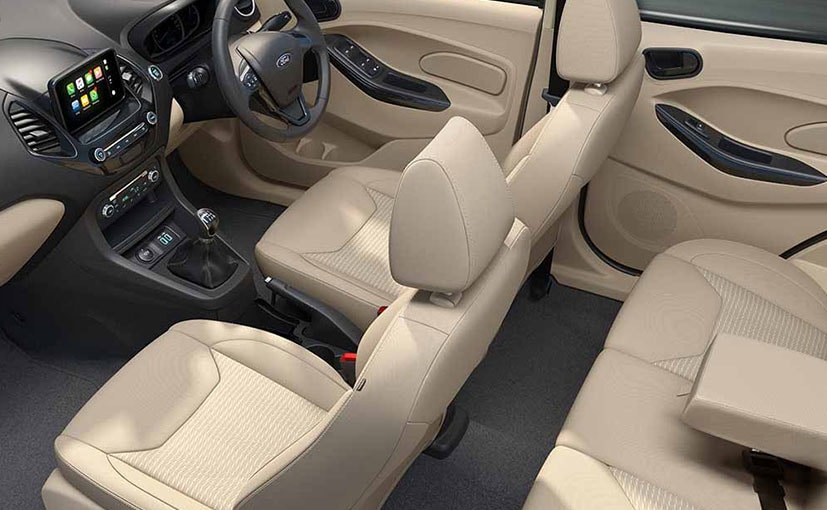 Ford has also revamped the Dashboard and central console of the new Aspire along with adding some more features.

The facelift has also added some more bells and whistles in the new Aspire. The 6.5-inch touchscreen provides access to Ford's new in-car connectivity SYNC 3 system which is equipped with Apple CarPlay and Android Android Auto. Moreover, the new Aspire is still equipped with upmarket features like auto climate control, an engine start-stop button and illuminated USB sockets.

On the safety fronts, along with dual-airbags and ABS being standard across the Aspire range, it gets an edge being equipped with electronic stability program (ESP) on the top variants and the new SYNC 3 as before has the Emergency Assistance feature that notifies the nearest hospital in case of a collision. Furthermore, as the pre-facelift model even the new Aspire come with the speed limiter that can be controlled with either of the two key fob helping the owner to control the speed-limit when some other driver is behind the wheels.

The most significant change that the facelift has brought with it are the engines on offer. Both petrol motors are from Ford's Dragon engine family. The smaller one is the 1.2-litre, three-cylinder motor that made its debut in the Freestyle while the bigger 1.5-litre, three-cylinder unit which was introduced with the Ecosport facelift. The 1.2-litre petrol motor produces 95 bhp and 120 Nm of peak torque and is mated to a five-speed manual gearbox as standard. Ford claims that this motor delivers a fuel economy of 20.4 kmpl. The bigger 1.5-litre petrol motor develops 123 bhp and 150 Nm of peak torque and comes with only a six- speed automatic torque convertor unit; there is no manual gearbox available with this engine. However, the extra power this engine offers comes with an added cost. It takes away the tax subsidy which is limited to 1.2-litre displacement for petrol motors in a sub-four metre vehicle.

The diesel variants of the new Aspire are powered by the same tried and tested 1.5-litre, four-cylinder TDCI motor that was the workhorse in the pre-facelift diesel Aspire. This engine develops 99 bhp and 215 Nm of peak torque and is married to a five-speed manual gearbox as standard. Sadly, there's no automatic on the diesel. The claimed fuel economy for the diesel Aspire is 26.1 kmpl.

The 2018 Aspire is available in six variants; prices are as follows:
(All prices ex-showroom, Delhi)

Finally, the question is how is it priced compared to its rivals? The base petrol variant of the new Aspire has been priced close to the competitors being ₹ 5000 cheaper than the Dzire and ₹ 25,000 cheaper than the Amaze. That said, it's the top-end diesel manual variant that offer a better deal undercutting the Maruti Suzuki Dzire by ₹ 84,000 and is ₹ 64,000 less expensive than the Honda Amaze.
Having said that, the petrol automatic which is offered on the 1.5-litre petrol engine has been exempted from the tax subsidy being larger in displacement and that reflects in its pricing. Thought it's more powerful, the petrol automatic variant is Rs 39,000 more expensive than the Amaze and a Rs 92,000 dearer than the Dzire.