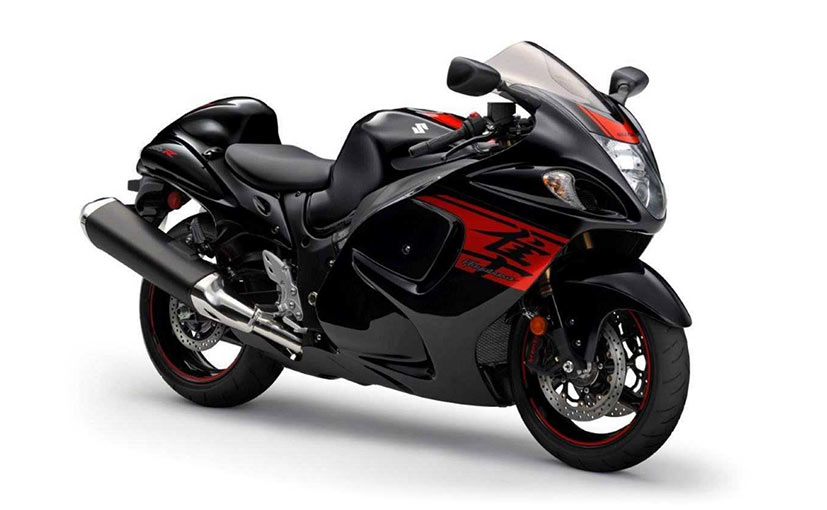 Ahead of the Auto Expo 2018, Suzuki Motorcycle India Private Limited (SMIPL) has launched the 2018 edition of the iconic Suzuki Hayabusa in India. The price of the 2018 Suzuki Hayabusa remains the same from the 2017 edition at ₹ 13.87 lakh (ex-showroom, New Delhi). Suzuki will also showcase the 2018 Hayabusa at Suzuki's pavilion at the Auto Expo in February. It is now available in two new color options- Pearl Mira Red/Pearl Glacier White and Glass Sparkle Black.

The Suzuki Hayabusa commands an iconic status in India and enjoys a huge fan following among the big-bike enthusiasts across the country. At one point of time, Suzuki received an overwhelming demand for the Hayabusa, and because of this, it became Suzuki Motorcycle India's first 'Made-in-India' big-bike in 2017. Since March 2016, Suzuki has imported the Hayabusa as CKD (completely knocked down) and assembled at the company's factory in Gurugram. Moreover, the introduction of CKD version has resulted in upward sales growth by almost 100 per cent for the Hayabusa.

The heart of 2018 Suzuki Hayabusa remains unchanged as it continues to come with the 1340cc in-line 4-cylinder fuel-injected, liquid-cooled DOHC engine which churns out 197 bhp of max power and 155 Nm of peak torque, mated to a 6-Speed gearbox. With the ability to go from 0-100kmph in just 2.74 seconds, making it one of the fastest production bikes around. It is capable of hitting a top speed of 299kmph.