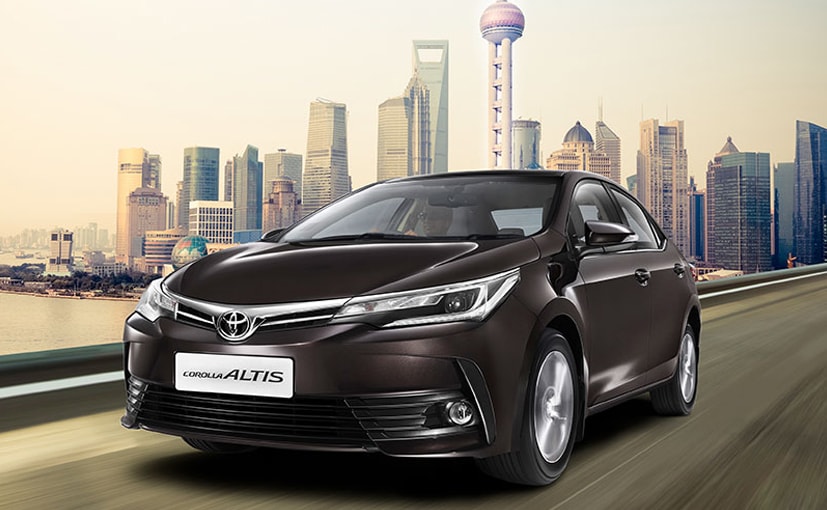 The Toyota Corolla Altis facelift has finally gone on sale in India priced at ₹ 15.87 lakh to ₹ 19.91 lakh (ex-showroom, Delhi). The Corolla Altis has been one of the most successful sedans in its segment and with the facelifted model Toyota now offers improved styling, new features and a more premium-looking sedan. In its new avatar, the Toyota Corolla Altis is now better equipped to compete with the like of the new-gen Hyundai Elantra and the Skoda Octavia. 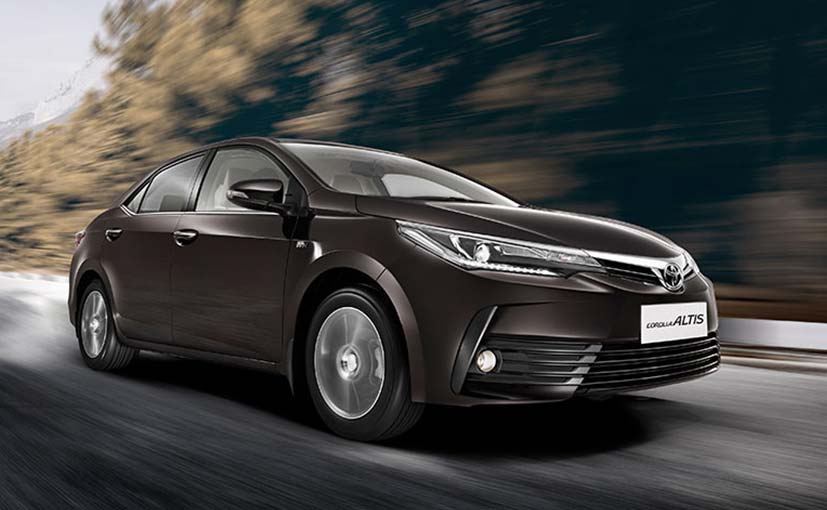 As with all facelifts, the changes made to the 2017 Toyota Corolla Altis are also mainly cosmetic. Among the several new additions the exterior of the car now features a sleeker pair of new advanced Bi-beam LED headlamps, LED daytime running lights, new 3D bumper design and a wide grille with round foglamp on each side with chrome bezels. The overall silhouette of the car more or less remains unchanged but the profile has been updated with a new stylish set of 16-inch alloy wheels and new sharper-looking ORVMs that come with integrated turn single lights that are electrically operable. The rear section of the car is largely similar to the older model with the exception of the slightly restyled LED taillamps. The Corolla Altis is now also available in an all-new dark sparkling luxurious 'Phantom Brown' colour, in addition to the existing colours - White Pearl Crystal Shine, Silver Mica Metallic, Champagne Mica Metallic, Grey Metallic, Super White & Celestial Black. 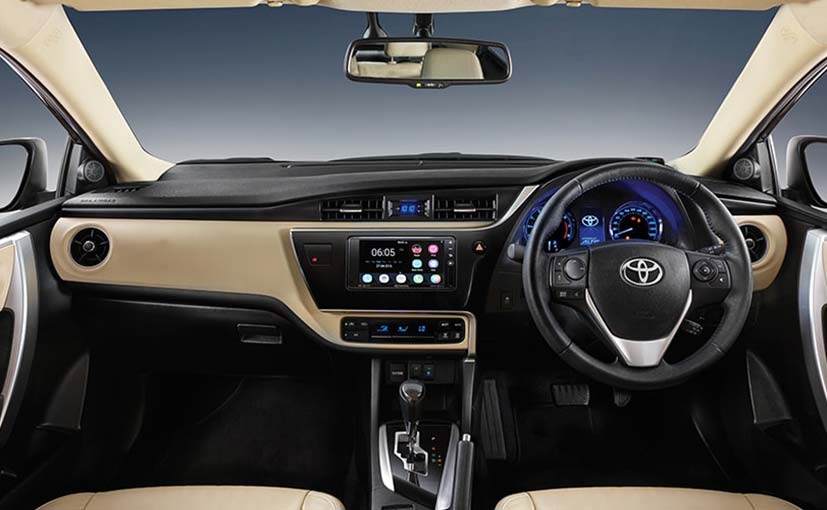 The cabin also receives similar cosmetic updates but the overall design and appearance look unchanged. That said, the new Toyota Corolla Altis is the only sedan in its class to offer reclining rear seats. The instrument panel has been redesigned and now you also get soft touch material for the dashboard. The interior colour has also been refreshed to flaxen. Other features include a touchscreen infotainment system, three-spoke steering wheel with mounted controls, large AirCon vents and chrome detailing across the interior. Toyota's safety standards have been maintained as the car offers 7 SRS airbags, Hill start Assist control, Vehicle Stability Control and an impact absorbing structure adding to the excellent cabin rigidity and occupant safety. 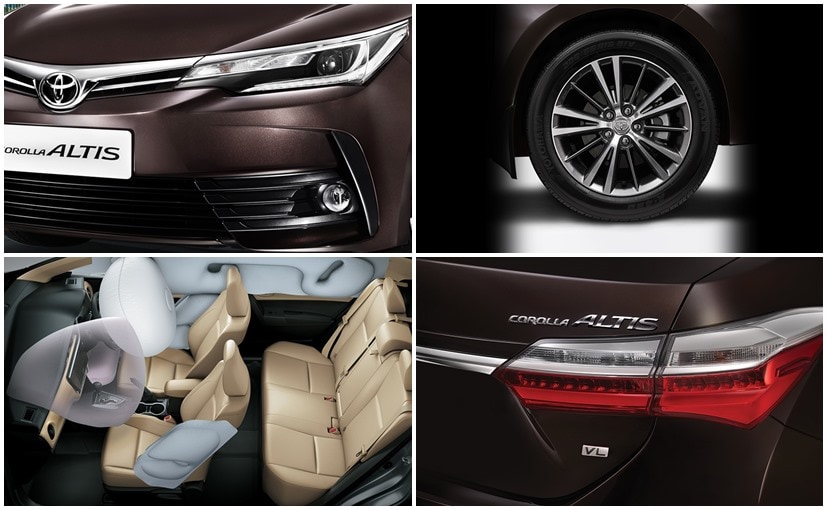 Commenting on the new launch Akitoshi Takemura, Sr. Vice President, Toyota Kirloskar Motor said, "We are delighted to be presenting the New Corolla Altis which has been developed keeping in mind, aspirations of a premium sedan customer. The Corolla Altis is one such true global Toyota model which is manufactured in 16 Toyota plants worldwide and owned and appreciated by customers in some of the best cities like Tokyo, Sydney, Shanghai, Moscow, San Francisco and Rio - de - Janeiro. The Altis embodies a prestigious and luxurious real sedan in India and is preferred by an elite set of customers. The new Corolla Altis offers the best in design and comfort making it a compelling combination of the brand's passionate design, exquisite interiors and host of safety and convenience features. We are certain that the new Corolla Altis will further add to customer delight and our customers will continue to appreciate the new product as it has been appreciated by more than 44 million happy customers worldwide".

Tata Zest
₹ 10.5 Lakh *
View More
Subscribe to Our Newsletter
Over 1.5+ Lakhs subscribers
Thank you for Subscribing to Us