The 2017 Mahindra Scorpio comes with new styling, better features and a more powerful mHawk engine that now makes 20 bhp more and also gets the option of new 6-speed manual gearbox. 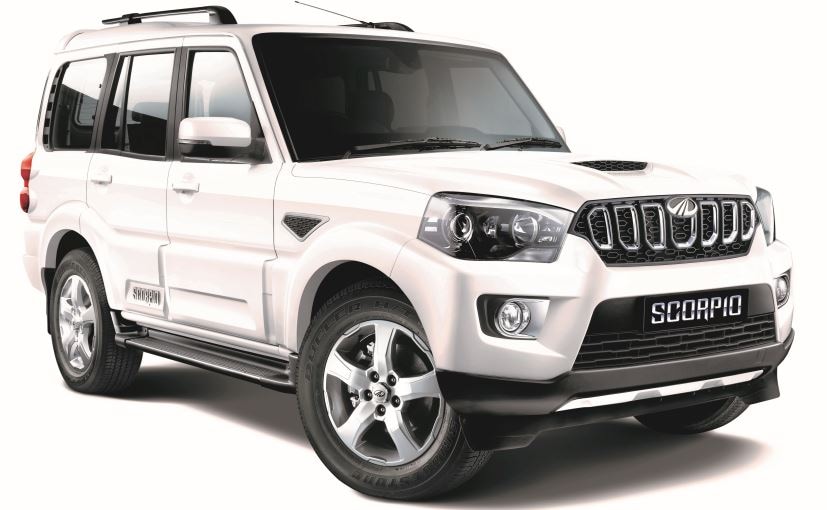 The much-anticipated Mahindra Scorpio facelift today officially went on sale in India priced at ₹ 9.97 lakh (ex-showroom, Delhi). Mahindra has revised the variant names as well and SUV will primarily come in four variants - S3, S5, S7, and S11 and the top-end model with 4WD is priced at ₹ 16.01 lakh. The 2017 Mahindra Scorpio facelift comes with some noticeable cosmetic updates along with a host of new feature additions, made mainly to the cabin. The most interesting update has been made to the engine which now makes about 20 bhp more and Mahindra has also introduced a new 6-speed manual gearbox.

Also Read: 2017 Mahindra Scorpio Facelift - All You Need To Know

The updated Mahindra Scorpio is powered by the same tried and tested 2.2-litre mHawk diesel engine, but the oil burner now comes in two states of tune - the existing 120 bhp version and a tuned 140 bhp version. The former version develops 280 Nm of peak torque, while the more powerful version develops 320 Nm of peak torque. The base model S3, on the other hand, gets the older m2DICR engine that makes 75 bhp. Transmission duties are handled by a 5-speed manual gearbox in the S3, S5, and S7 (120 bhp) and a new 6-speed manual gearbox for the S7 (140 bhp) and the S11. Mahindra claims that it has also improved the NVH levels on the Scorpio and the SUV now comes with new 6th generation Borg Warner Turbo Charger and 9.1 Bosch ABS.

Visually, the design of the 2017 Mahindra Scorpio largely remains unchanged, but, the SUV does come with a bunch of styling updates, mainly to the front and rear section. Up front, the Scorpio facelift comes with a new radiator grille and instead of the chrome spikes, now we get a seven-slot unit inspired by the Mahindra Imperio's grille. The headlamps are the same as the cluster design has been slightly tweaked and the SUV now also comes with a revised bumper with new larger foglamps, wider airdam and additional cladding. Mahindra now also offers faux skid plate for both front and rear bumper. The new Scorpio facelift now comes in five colour option - New premium Pearl White (Only on S11), Diamond White (Except S11), Napoli Black, D Sat Silver and Molten Red.

From the sides, you hardly see any major updates, but the two mentionable changes include the new alloy wheels and ORVMs. The rear end also comes with some considerable changes and the biggest change is the revised tailgate that now traded the stylish black element for a chrome slat at the centre. The taillamps have also been revised and instead of clear glass unit, the Scorpio now gets red units. A bigger roof-mounted spoiler and a revised bumper is also part of the updates.

The cabin has also gone through some considerable changes and now instead of the side facing jump seats, you get a proper bench seat for the third row and that too with a centre armrest. Having said that, in terms of dimensions, the Scorpio remains unchanged, so we think the third will come short on knee room for an average sized adult and will be more suitable for children. The SUV now also comes with new interior with matching faux leather upholstery and a revised dashboard that looks a lot more contemporary now with a 6-inch touchscreen infotainment system with GPS navigation.

The 2017 Mahindra Scorpio facelift is now well-equipped and more powerful. Currently, its biggest rival is the Tata Safari Storme but it also competes with 5-seater SUVs like the Renault Duster, the newly launched Captur and the Hyundai Creta.