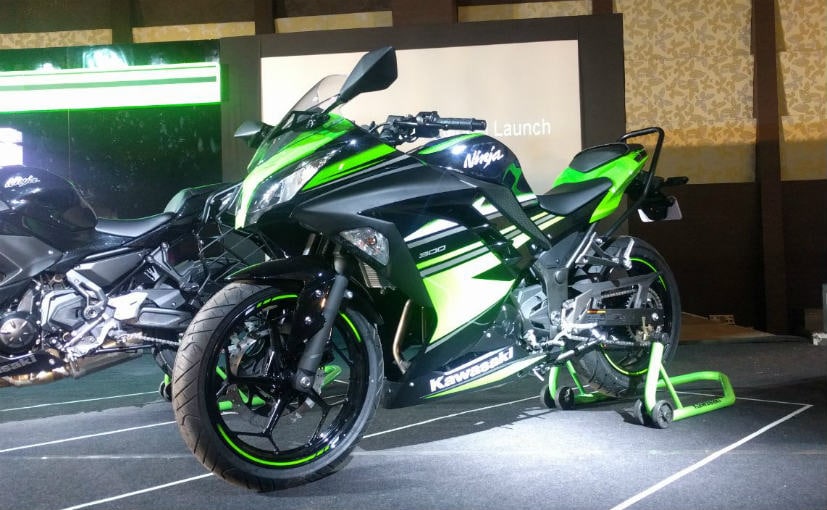 The 2017 Kawasaki Ninja 300 has been launched in India at a price of Rs 3.64 lakh (ex-showroom Delhi). The baby Ninja gets new livery - new decals inspired from the larger-displacement Ninja supersport models. The new Ninja 300 also gets a fatter 140 section rear tyre on the 2017 model, compared to the 130 section tyre on the outgoing model. There is also a gigantic grab rail added to the Ninja 300 in order to meet the new regulations. Apart from these changes, the rest of the bike remains the same - with same engine, suspension and braking. It still misses out on ABS though.

The engine - a 296 cc, liquid-cooled, four stroke, parallel-twin mill paired to a six-speed gearbox - makes 38 bhp at 11,000 rpm with a peak torque of 27 Nm at 10,000 rpm. The assist and slipper clutch gives a lighter feel at the lever and makes for smooth gear changes. The 2017 Ninja 300 also meets stricter new emission norms, including BS-IV regulations which will be effective from 1 April 2017. Dual throttle valves similar to the ZX-10R are said to give precise control of intake air, resulting in linear throttle response across the rev range. 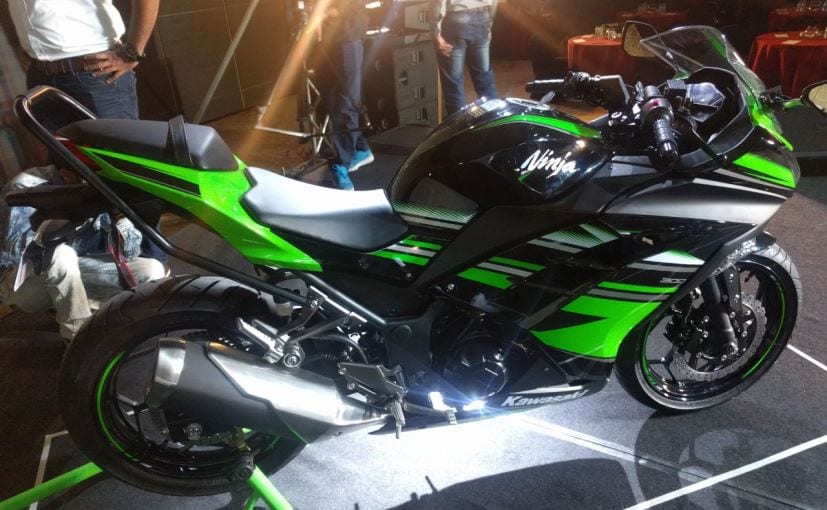 Suspension duties are handled by a 37 mm telescopic front fork with 120 mm of travel and a uni-trak gas charged shock with 5-way adjustable pre-load. Brakes include a single 290 mm petal disc at the front, and a 220 mm petal disc at the rear. Both discs are gripped by dual-piston calipers. The 2017 Kawasaki Ninja 300 will compete against the upcoming Benelli BN 302R, as well as the KTM RC 390. At Rs 2.225 lakh (ex-showroom Delhi) though, the RC 390 severely undercuts the Ninja 300's price by over a lakh and the KTM has a single cylinder motor.