Want to know the difference between the upcoming 2017 Hyundai Xcent subcompact sedan facelift and the outgoing version? Read out detailed break down of the changes. 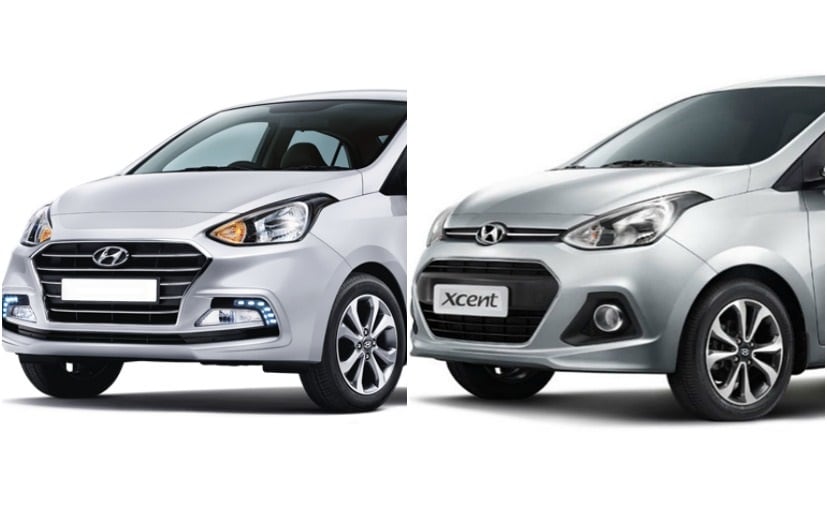 Hyundai is all set to launch the 2017 Hyundai Xcent facelift in India on the 20th of April. The facelifted Xcent has gone through some major design and cosmetic updates that have truly raised the bar for the popular sub-compact sedan. We recently shared the latest spy images of the car that give a detailed picture of the exterior and seeing the changes compared to the older model, we have to say this is how facelifts are supposed to be done. In fact it drives differently too as we found out. Want to know how different is the new Hyundai Xcent facelift compared to the existing model? Here's our detailed break down.

Compared to its rivals, the Hyundai Xcent always has a curvier profile and edges. The face of the car in particular was kept very simple and clean with a black plastic clad hexagonal grille and a chrome accent air intake above that was flanked by large sweptback headlamps. The bumper also housed large black enclosures with chrome tipped fog lamps. The 2017 Hyundai Xcent facelift, on the other hand, gets a completely revamped face with an all-new 6-slat piece hexagonal chrome grille with, restyled headlamps with black inserts. The updated Xcent also gets a new front bumper that features a new black design element connecting the two foglamps and extends into the boomerang shaped LED daytime running lights. 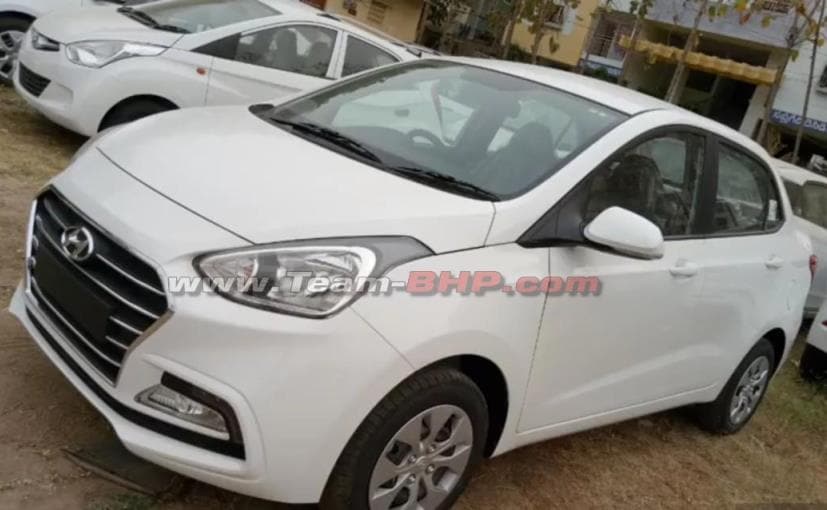 The 2017 Hyundai Xcent comes with an extensively updated face

Considering the car is just a facelift, the profile of the updated Hyundai Xcent remains exactly similar to the older Xcent. The Xcent get the same slightly flared wheel arches, bold shoulder line, sharp ORVMs and the signature plastic cladding on the doors. The only difference is the new alloy wheels and hubcaps. The rear, on the other hand, is a different story altogether. The outgoing Hyundai Xcent gets a squarish wraparound grille with chrome surrounds, a beefy rear bumper and curvy boot lid. The new one has been extensively redesigned similar to the front end. The car gets all-new tail lamps with chrome slat at the centre and new boot-lid. The bumper is also all-new with glossy black design elements and reflectors on either end. Hyundai has omitted ABS on base trims of the new Xcent; gains dual front airbags though

According to the recently leaked specifications sheet, the updated Hyundai Xcent facelift will come in a total of five variants - E, E+, S, SX, and SX(O). The base variant has been renamed as E, as per Hyundai's current trend and the E+ is an all-new variant.

As for features, the updated Hyundai Xcent facelift gains several new features but losses a few too. The lower variants get hub caps instead of full wheel covers and the updated Xcent will not get 1 GB flash memory in the infotainment system and driver seat height adjustment. At the same time, the car does gets new mobile phone dock for the automatic variant and a 7-inch touchscreen infotainment system with Apple CarPlay and Android Auto. The new E+ trim in particular gets several practical features like body-coloured door handles & ORVMs, 2-DIN music system with 4 speakers, Bluetooth, rear AC vents, rear armrest, rear power windows, electrically adjustable ORVMs and more. The electro-chromo Mirror (ECM) and cluster ioniser from the automatic climate control system have also been removed.

On the safety front, the lower three variants do not get ABS anymore which was standard on the previous Xcent, but you do get dual front airbags as standard along with alternator management system (AMS). Rest of the safety features remain more or less unchanged and we will give you a better idea once we get to drive the car. 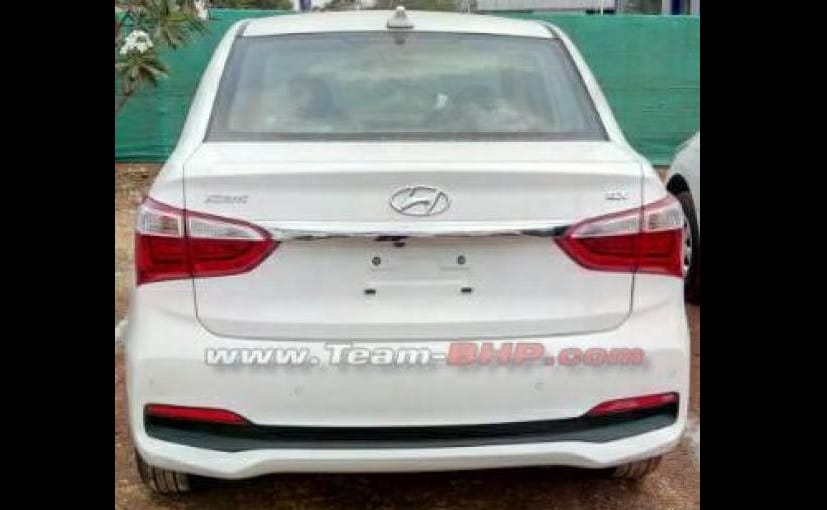 The current Hyundai Xcent is offered in two engine options - 1.2 litre Kappa petrol engine and a 1.1 litre U2 diesel motor. As for the updated Hyundai Xcent, we get the same 1.2 petrol but the 1.1 diesel has been replaced by the new 1.2 litre oil burner that made its debut with the Hyundai Grand i10 facelift, which was launched early this year. The new 1.2 litre diesel motor produces a maximum of 74 bhp and develops 190 Nm of peak torque. On the other hand, the existing 1.2 litre petrol engine makes 82 bhp and develops 114 Nm of peak torque.

Transmission options remain unchanged. Both the petrol and diesel engines come mated to a 5-speed manual gearbox as standard. The car also comes with a 4-speed automatic transmission, but that is only for the petrol model.