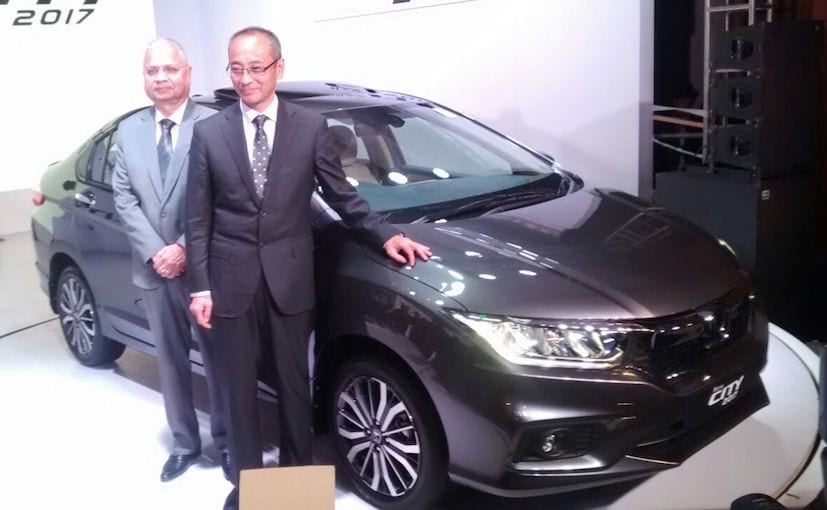 The 2017 Honda City facelift today finally went on sale in India priced from ₹ 8.49 lakh to ₹ 13.56 lakh (ex-showroom, Delhi). Loaded with a host of new features and cosmetic upgrades, the 2017 Honda City comes in a total of 11 variants with two engine options. While the fuel efficiency has been revised in the new model, mechanically the Honda City facelift remains unchanged. Honda has also added a new Modern Steel Metallic (grey) shade to the City, in addition to the existing colour options. 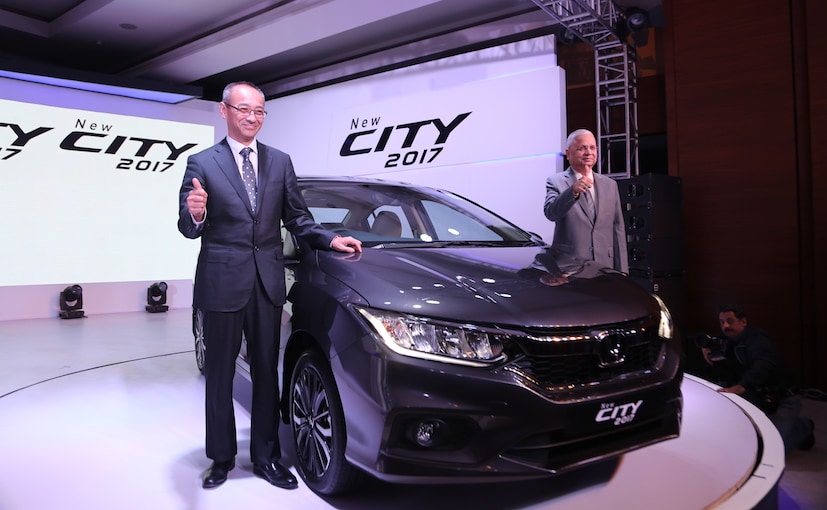 LED DRLs are standard on the 2017 Honda City Facelift

The City has been one of the best sellers for Honda Cars India and the updated version is clearly a major affair for the Japanese manufacturer. We were constantly keeping update live from the launch event with the company elaborating on the changes, features and upgrades made to the model. With the C-segment already being a crowded one, the City facelift will be challenging a host of other sedans in this space and the new upgrades should certainly give it that lucrative edge. Here's everything you need to know about the 2017 Honda City facelift.

While we've already told you about what to expect from the car, the Honda City facelift gets a completely new front-end with a new smarter grille, new headlamp cluster that gets LED lamps on the top trims and LED DRLs. The front bumper is new too and the fog lamps studded in it are LEDs as well. Other features include a new 7-inch touchscreen audio-visual navigation system with an Android based interface, navigation, rear view camera and an electric sun-roof. It also comes with 1.5 GB of internal memory, 2 USB slots and 2 micro SD slots as well. The rear of the 2017 Honda City sees LED tail lamps and an LED strip on the spoiler which works as a high-mounted stop lamp as well. 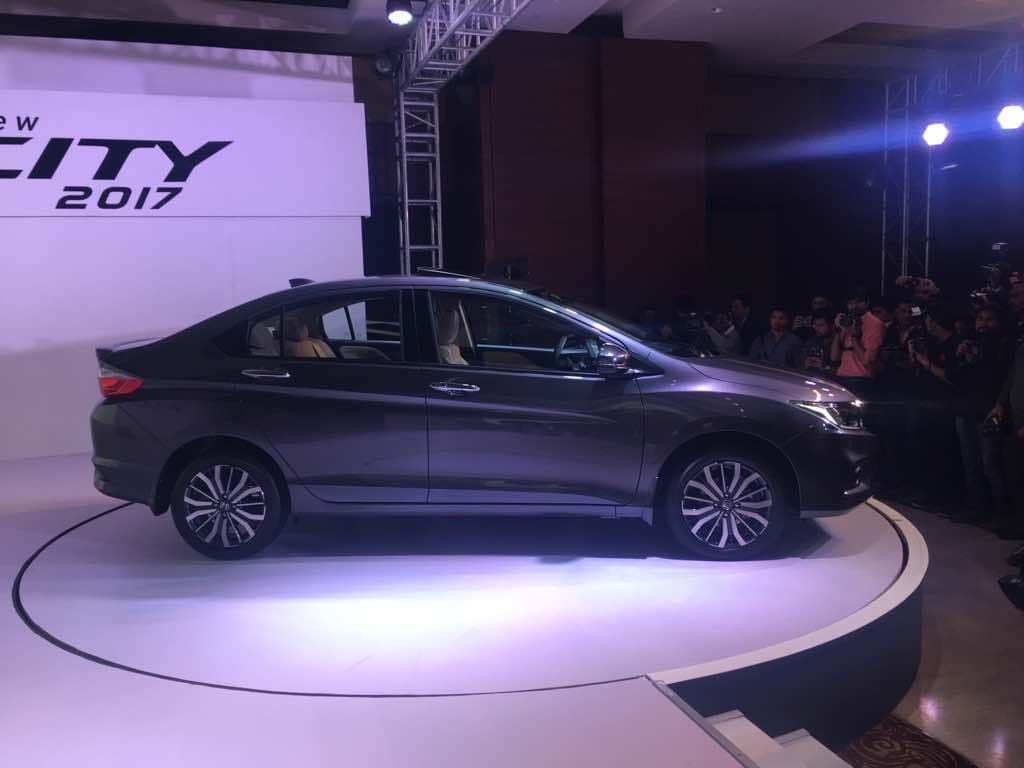 Coming to safety, Honda the City facelift gets dual airbags, ABS with EBD, and ISOFIX mounts for child seats as standard. The top of the line ZX trim gets six airbags which include side and curtain bags. Features like automatic headlamps, auto on-off headlamps and automatic rain sensing wipers also make their way into this flagship grade.

The Honda City facelift will continue to get the same 1.5-litre petrol and diesel engine with no change in the power or torque output. As before, the petrol engine variant will have a CVT box with paddle shifts just like in the earlier model. The fuel efficiency has marginally lower than the outgoing version with the diesel now returning a claimed 25.6 kmpl, 0.4 kmpl lower; whereas the petrol manual returns 17.4 kmpl, 0.4 kmpl lesser than the current model. The petrol CVT automatic continues to return 18 kmpl.

In addition, there are three new packages on offer - Chrome, Utility and Style that are intended to improve the styling and utility quotient on the C-segment sedan. The Honda City facelift now has a task to take on the current segment leader - Maruti Suzuki Ciaz - along with rivals Skoda Rapid, Volkswagen Vento and the soon to be launched next generation Hyundai Verna. We already have a specifications comparison in place for you to see how the City fares against its rivals.