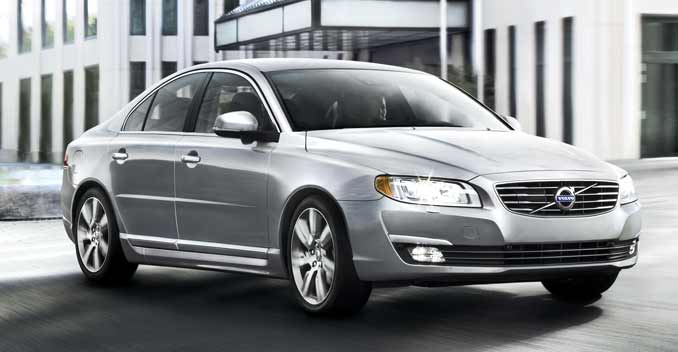 Volvo India, the Indian arm of the Swedish automaker Volvo AG, will showcase the 2014 S80 at Terminal 3, Indira Gandhi International Airport, Delhi. The day will also mark the opening of the first ever Volvo lounge at Terminal 3. The company has been already displaying its new XC60 and S60 at the airport after signing the deal to create the lounge.

Volvo S80 has been the company's one of the top-selling products, globally. Now with some cosmetic changes and more equipments, the upgraded S80 is surely a more feature-rich product than ever. On the outside, the Volvo S80 facelift gets new bumpers, rectangular daytime running lights and round shaped tail-lights, which give the car a more contemporary look. Some other features will be active high-beam control, heated steering wheel and windscreen.

Other than the new leather seats, no changes are expected inside the cabin. Mechanically, the car will remain unchanged; so, it will continue to derive its power from the existing 2.0-litre, in-line, twin-turbo diesel engine. This engine churns out a maximum power output of 163bhp at 3500rpm, while yielding 400Nm of peak torque.