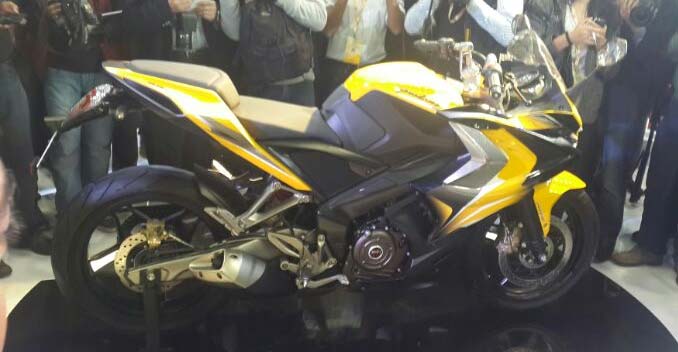 While most were expecting Bajaj to showcase the Pulsar 200NS, the company shocked everyone by unveiling two new Pulsars at the event- SS400 (Supersports) and CS400 semi-cruiser concept.

The SS400's front fairing looks similar to the bike, which was spotted testing several times before the Expo, and was speculated to be the 200SS. The fairing also sports a faux air intake ahead of the large tank. The rear has a split seat, and the tail lamp has been put up on the mudguard. The SS400 also has raised clip-on handle bars. On the other hand, the CS400 (Image above) is a semi-cruiser bike. The reason it is called a Semi-cruiser bike is that it has a sporty riding posture, while it's originally a cruiser. The CS400 carries forward the overall silhouette of the 200NS, but looks bulkier. It gets digital gauges, mounted on the handle bar, and new headlamps.

Bajaj hasn't officially said anything about the engine specs of the bikes, but we expect both to have the KTM 390 Duke's 400cc engine, which features triple spark tech of Bajaj.