2020 Mercedes-AMG GT was unveiled at the 2018 L.A. Auto Show and the new model has received styling updates along with technological and performance upgrades. The 2020 Mercedes AMG GT range will see the addition of an even more manic GTR Pro trim. It's still a two-door sports car and the Panamericana grille has also been retained but is more angular at the edges and the headlights have also been re-worked- essentially has been borrowed from the new AMG GT 4-door.

On the inside, it will get a new touchpad-based infotainment system and a wide 12.3-inch digital screen as standard. The new steering wheel also has made way inside this model with two touch-sensitive nubs through which we can control the functions on the instrument cluster and obviously on the 10.3-inch console-mounted screen. Moreover, it gets an AMG specific LCD display which integrates the controls for the performance and drive modes. Mechanically, the car remains unchanged and is powered by the same 4.0-litre twin-turbocharged, V8 engine which produces 462 bhp in the standard GT coupe and roadster while 542 bhp in the GT C coupe and roadster. The top ranging GTR and GTR Pro have the same engine tuned to churn out a whopping 570 bhp. 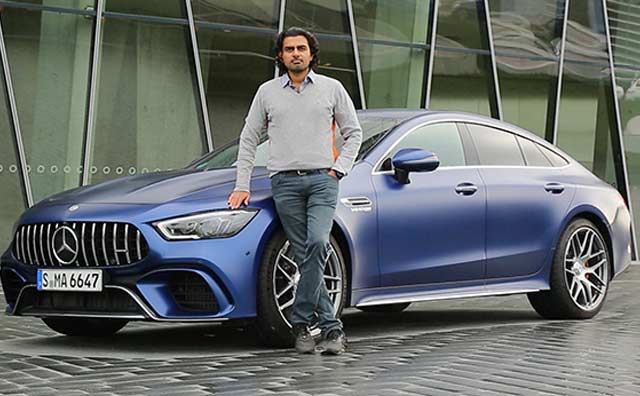