Mahindra Two Wheelers Limited (MTWL) was established in 2008 after the parent company Mahindra & Mahindra Limited acquired select assets of Kinetic Engineering. Headquartered in Pune, Maharashtra, it is a group venture owned by M&M and is known for manufacturing scooters and motorcycles. For the development of its scooter line-up, MTWL partnered with Taiwan based Sanyang Industry Company (SYM) and Italy-based ‘Engines Engineering’ which provides research and product design based support. The company has a production unit at Pithampur, Madhya Pradesh and a research & development centre at Chinchwad, in Pune. Mahindra Two Wheeler launched its first two models in scooter segment, Rodeo and Duro in September 2009. In 2011, MTWL became the first Indian company to participate in FIM Moto3, Motorcycle Racing Championship. Mahindra Two Wheelers launched one of its crucial models in the 110cc bike segment, Centuro in July 2013 followed by its game-changing model, Mojo in 2015.

New SsangYong Rexton Review: This Is The Mahindra Alturas G4 SUV For India

Mahindra is all set to bring the new second generation SsangYong Rexton to India as the new Mahindra Alturas G4 SUV. The new Rexton is built on a new Y400 platform that is shared by Mahindra and...

For those of you following our updates, on the Mahindra Marazzo MPV, we've shared almost all the details; but of course, you were eagerly waiting for the review; and we were equally eager to drive...

Mahindra once was at the top of its game in the UV space but lost some ground on the way. But clearly, the company isn't sitting down twiddling its thumbs. We drive the 2018 Mahindra XUV500 to see...

Electric mobility is no longer a thing of the future restricted to the likes of science fiction literature or cinema. It is here, now and the shift from internal combustion to cleaner battery...

The Mojo has been on NDTV carandbike fleet for a while. Here is a long term report of the same.

We have just returned from Lavasa, Maharashtra, after riding the new Mahindra Gusto 125, a.k.a. G108, while trying to figure out how different it is from its sibling, or from the competition.

When you name a bike Mojo, you better make sure it lives up to its name or else you are asking for not so happy headlines hitting the press or social media. Well that they should be justified in...
Read More Expert Reviews 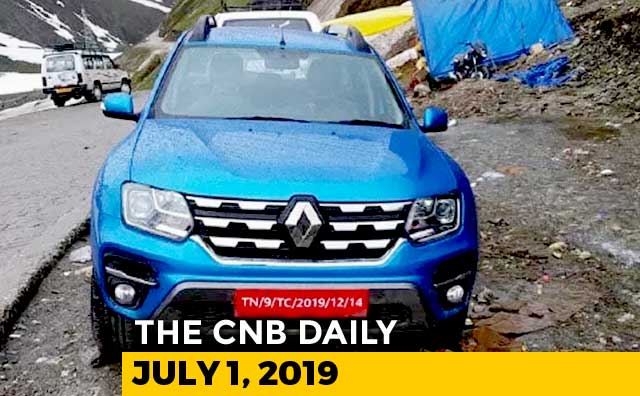