Land Rover is a subsidiary of British Car Manufacturer Jaguar Land Rover owned by Indian automaker Tata Motors. Land Rover is known worldwide for manufacturing brilliant and capable off-roaders. In 2000, Rover Group was broken up by BMW and Land Rover was sold to Ford Motor Company. However, since 2008 the brand has been owned by India’s Tata Motors. The brand has global presence and is known for its focus on innovation, technology and quality. Land Rover has multiple production units across the globe; in India, it has a manufacturing facility in Pune, Maharashtra where some of Land Rover cars are assembled.

Land Rover has brought us the mid-cycle facelift on its flagship model, Range Rover. First shown at the 2017 Frankfurt Motor Show, it is now finally coming to market. It takes the already...

Land Rover stunned and surprised the world by showing a Range Rover Evoque convertible concept, at the 2012 New York Auto Show. It made it to production only in 2016, and many baulked at the idea....

The new car is claimed to be the most capable off-roader Land Rover has made. Read on to find out if that claim is justified!

The fifth-generation Land Rover Discovery is here and we have received an exclusive opportunity to test the SUV in the diverse off-road terrains of the United States. India will get the Si6 and...

The Land Rover Discovery Sport here is one such SUV that was originally meant to be available only with the diesel motor but now also gets a new 2.0-litre petrol engine just in case the ugly head...

This car is more agile, having shed a whole of 402 kg, and more evolved, with the touchscreen display and the Terrain Response System, than the rest. The car is available in S,HS, HSE and...
Read More Expert Reviews 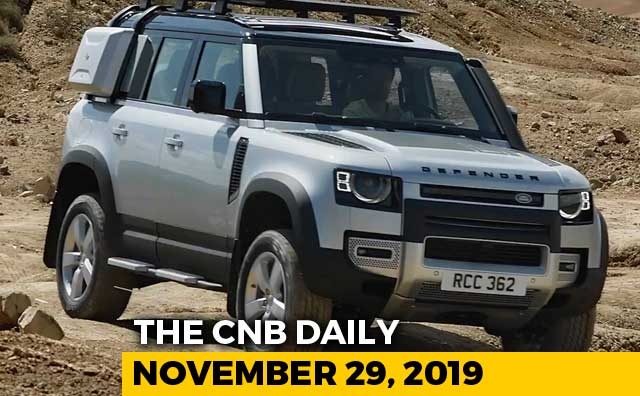