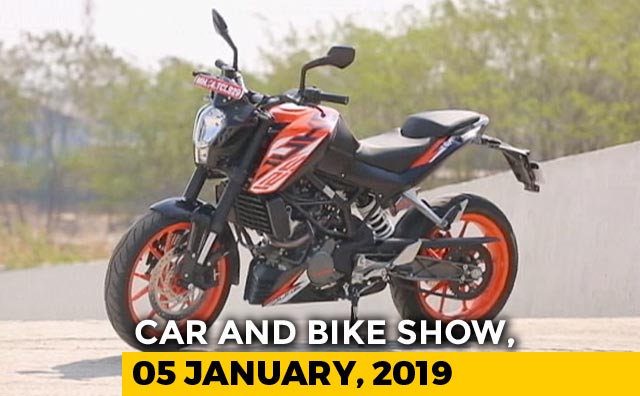 The new KTM 125 Duke is expected to feature the same design, wheels, and headlight as the 200 Duke. The bike will also get the underbelly exhaust from the 200 Duke. Expect the graphics to remain similar as well, albeit with the bold 125 decals on the fuel tank. The bike will be using WP sourced USD forks up front and a monoshock unit at the rear. The bike rides on 17-inch alloys and is likely to get MRF Revz tyres. The India-spec model will be different from the Euro-spec version, which is based on the new KTM 390 Duke.

In terms of power, the KTM 125 Duke will be using a 124 cc single-cylinder, liquid-cooled engine tuned for 15 bhp and 12 Nm of peak torque, while paired with a 6-speed transmission. This will make the 125 Duke, the most powerful 125 cc offering on sale in the country. The bike will be locking horns against the Yamaha YZF-R15 V3.0, TVS Apache RTR 200 4V, Bajaj Pulsar RS 200, and the likes.

The KTM 125 Duke will be using the same orange back-lit instrument console as seen on the 200 Duke. The bike is likely to skip out on ABS, otherwise seen on the Euro-spec version, and instead will get a Combined Braking System (CBS), or possibly a single-channel ABS system equipped with the front wheel, seen on Pulsar RS 200.

KTM 125 Duke Price in Other Cities

KTM Bike Dealers in Other Cities