Jeep India offers a total of 3 car models. These consist of 0 Jeep upcoming cars and 3 new Jeep cars in India. The list of Jeep cars in the country comprises 3 SUV cars. The manufacturer offers 10 petrol variants, 20 diesel variants. Some of the popular Jeep cars in India include Jeep Compass, Jeep Wrangler Unlimited, Jeep Grand Cherokee. As of April 2020, Jeep has a total of 15 dealerships spread across 12 cities in India. Check Jeep car prices, read Jeep car reviews, watch videos, compare Jeep cars with cars from other manufacturers and get news alerts from CarandBike.com

A part of American automobiles (a division of FCA US LLC), Jeep is owned by Fiat Chrysler Automobiles. Jeep was founded in 1941 and is headquartered in Toledo, Ohio in US. It specializes in producing sport utility vehicles and off-road vehicles. The production of Willys MB Jeeps began in 1941 which was used primarily by the US military and its Allies during the World War II. Jeep gained ground during the World War II and production of first civilian vehicle started in 1945. In India, the iconic SUVs were built by Mahindra under license and Fiat officially introduced the brand in India on August 30, 2016. Jeep cars in India are available as CBU units and the company plans to assemble it locally at parent company, Fiat’s manufacturing unit at Ranjangaon, in Pune, Maharashtra.

A Jeep Compass with a diesel engine and an automatic transmission. How we have waited to see this combination on the compact SUV, and it's been a long time coming. The 2020 Jeep Compass 4x4 diesel...

We drive the much-anticipated Jeep Compass Trailhawk in India. It's the more off-road oriented version of the Jeep Compass and here's what we think about it.

Jeep will now be offering an even more competent variant in the range - the Trailhawk. And yes, it could make it to India with a diesel engine + automatic gearbox combination.

The petrol and diesel Jeep Compass look identical of course. And the same holds true for the interior save for the auto gearshift!

A compass is an instrument that has helped early explorers find worlds they did not think existed, and that's exactly the message Jeep Compass is trying to deliver in India. So, read on to know if...

In our exclusive review, we drive the Jeep Compass and find out if this SUV ticks all the right boxes.

The legendary Jeep Wrangler might be one of the most iconic auto designs in the world but how does it drive on and off the road? We find out.

Jeep Grand Cherokee bowls you out with its good looks. Assisted by a 240bhp, 3.0-litre diesel engine mated to a ZF 8-speed automatic gearbox it coasts smooth ahead of every other car on the road....
Read More Expert Reviews 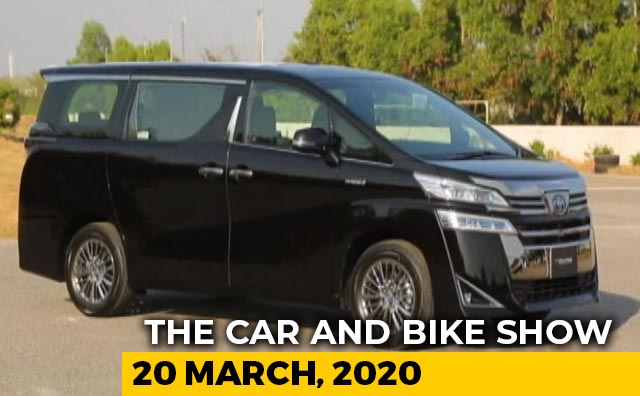