The Jaguar I-Pace is the first electric vehicle to be introduced by Tata Motors-owned luxury carmaker Jaguar Land Rover. First unveiled to us at the Geneva International Motor Show 2018, the electric SUV has already gone on sale in several global markets. While Jaguar Land Rover had earlier stated that the I-Pace will not come to India, the company has now chalked out a plan for its hybrid electric and all electric cars for the country. As of now the new Jaguar I-Pace electric SUV is expected to be launched in India by the end of 2020.

The Jaguar I-Pace has been designed in line with the company’s current design language, which has spawned models like - E-Pace and F-Pace, as well as the F-Type, and several visual elements have been inspired from these three models. In fact, Jaguar has also incorporated design elements from the C-X75. The all-electric car comes with a sloping bonnet, sleek LED headlamps, honeycomb pattern grille and a wide central airdam. The car also comes with a lovely set of alloys and turn light integrated ORVMs. In terms of dimensions, the I-Pace measures 4,682 mm in length, 2,139 mm in width, and 1,565 mm height, and comes with a wheelbase of 2,990 mm. Furthermore, although the I-Pace isn't pitched as an off-roader, it's capable of a wading depth of 500 mm.

The I-Pace comes with a smart looking cabin featuring a mobile device charging options aboard, with three 12V sockets, six USB ports and one HDMI/HML port. The electric SUV uses the same radical dual-screen InControl Touch Pro Duo infotainment system that Jaguar launched on the Range Rover Velar. Additionally, the InControl Remote app gets an Alexa skill that will let drivers ask Alexa-enabled devices for information on the I-Pace's charge level. It also comes with a 4G Wi-Fi hotspot and slots for tablets and laptops under the rear seats.

The Jaguar I-Pace is underpinned by an all-new aluminium platform along with two electric motors and Jaguar's own battery technology. The electric motors are mounted on each axle and the I-Pace uses a 90kWh battery pack, made up from 432 lithium-ion cells and mounted in a frame that's an integral structural component in the car's floor. The range is expected to be good for around 483 km, while power output is rated at 395 bhp and 696 Nm of torque. With all that power, the I-Pace can sprint from 0-100 kmph in 4.5 seconds, Jaguar claims. The 90kWh lithium-ion battery pack takes 45 minutes to charge from 0-80 per cent using a 100kW rapid charger, or 10 hours using a 7kW AC wallbox.

Currently, the Jaguar I-Pace is one of the most popular offerings from the British carmaker and has already bagged several prestigious auto awards. In early 2019, the electric SUV bagged three World Car Awards - 2019 World Car of the Year, World Car Design of the Year, and World Green Car of the Year for 2019. 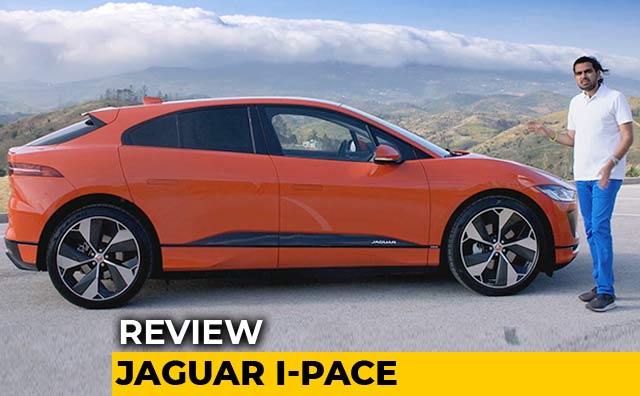 Jaguar Car Dealers in Other Cities