Honda will breathe a new life into its best-selling compact sedan – the City. With the new generation, Honda Cars India will bring in a new model to its line-up. The car that has been unveiled in Thailand is the model that will come to India as well and it looks completely different than the one on sale at present. The design of the new 2020 Honda City is very much in sync with the Family design language- boasting similiarities with bigger models like the Honda Civic and Accord. Here's everything we know about the new City so far. The 2020 Honda City looks more angular than the current model, especially at the front where the flat, solid wing face is quite prominent.

The chunky chrome bar meets the jewel eye LED headlamps and the three-part bumper is neatly contoured. The profile too looks sharper and a bit tort sporting a sharp character line that starts from the headlamps and merges with the wraparound taillights, covering the entire length of the car. The LED taillights too have a distinctive design with the U-shaped signature light. The 2020 Honda City has grown in size and is now over 100 mm longer, while the width has increased by 53 mm.

The height though is now lowered by a good 28 mm that makes for a sleeker looking sedan. On the inside, the new generation Honda City gets plenty of upgrades including a new layout for the dashboard wrapped in soft-touch upholstery. The overall design is neat and houses vertical-style air vents and a larger touchscreen infotainment system in the centre. The climate control switches are positioned just below that, while the switches have been replaced with touch-sensitive controls. The powertrain that we're expecting in the India-spec model is actually a hybrid powertrain. The 1.5-litre i-Vtec petrol engine has been coupled with the i-MMD mild-hybrid system and delivers an fuel economy of 23.8 kmpl. 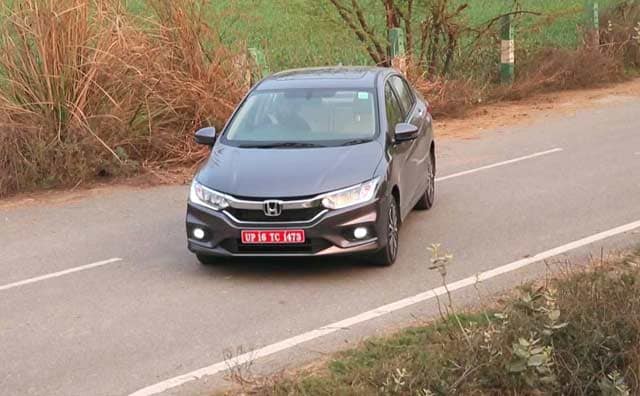 Honda Car Dealers in Other Cities