Established in 1999, Honda Motorcycle and Scooter India, Private Limited (HMSI) is a wholly owned subsidiary of Honda Motor Company. The Japanese bikemaker entered into a joint venture with Hero Cycles India in 1984, but in 2010 Honda cut ties with Hero Group by selling its shares to Hero. Honda has four manufacturing plants in India located in Haryana, Rajasthan, Karnataka and Gujarat. Honda set up its first facility at Manesar, in Gurgaon district of Haryana. Spread across 52 acres, the manufacturing unit has a covered area of 100,000 sq meters, with a capacity to produce 1.65 million two wheelers annually. To meet rising demand for Honda bikes in Indian market, Honda built its second production plant at Tapukara, in Alwar District, in Rajasthan. Honda India’s third plant is situated at Narsapura Industrial Area near Bengaluru in Karnataka. The fourth plant, located at Vithalpur, Gujarat is equipped to produce only scooters and is spread over 250 acres. The scooter –only plant has two assembly lines operational with total manufacturing capacity (Gujarat unit) of 1.2 million units. Honda India’s product range comprises motorcycles, scooters and super bikes. Honda brought about a revolution in the dying scooter segment with the launch of Activa which continues to occupy zenith in the burgeoning segment. Yet another Honda model that hogged limelight was Navi which mimics styling of a motorcycle, yet it has the essence of a scooter.

The Honda Activa 125 becomes the first scooter to be BS6 compliant in India and it is on sale as well. We ride the scooter to sample the updates.

We spend a day riding Honda's new roadster, the very handsome CB300R. It could prove to be shot in the arm for Honda in the 200 cc to 400 cc space, where the company has been lacking firepower for...

We spend some time with the new 2018 Honda Africa Twin, which now gets some minor updates to make it an even better middleweight adventure bike.

We spend some time with the 2018 Honda CBR650F, the most affordable full-faired, in-line four sportbike available on sale in India to see if it's the perfect 'first' sportbike for you.

The X-Blade definitely looks very different than any other motorcycle from the 150-160 cc segments. The crown jewel in the design, if we could call it so, will be the headlamp.

We pit the new Honda Grazia against one of the most popular scooters in the 125 cc segment, the Suzuki Access. The Honda Grazia has fresh design, and a host of features to overshadow the Suzuki...

Honda is now looking to please the urban audiences with something sporty, smart and fun. This is the Honda Grazia we are talking about, the company's seventh scooter in India that will be sold...

The Honda CRF1000L Africa Twin looks great, performs great and is a very capable off-road machine. We spend some time with the new Africa Twin to see what it offers
Read More Expert Reviews 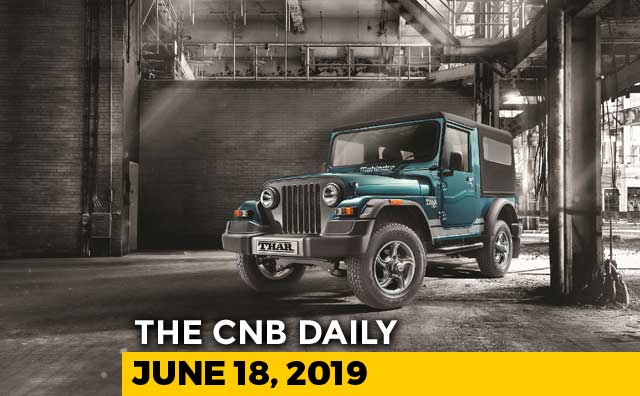