A part of the Bajaj Group, Bajaj Auto Limited is a home-grown auto manufacturer known for producing two and three wheelers. Headquartered in Pune, Maharashtra, the company was established in November 1944 by Jamnalal Bajaj and is one of the oldest names in the two-wheeler segment in India. Currently it has three production plants including Chakan (Pune), Waluj (Aurangabad) and Pantnagar (Uttarakhand). Bajaj’s Akrudi plant has now been transformed into the R&D centre ‘Ahead’.

A leading exporter of two-wheelers in India, Bajaj initially imported two and three wheelers until it procured license from Government of India in 1959 to manufacture vehicles. Chetak was the most successful scooter model from the company that ruled the segment for over three decades. In 1986, Bajaj forayed into motorcycle production and decided to scrap production of scooters in 2009 in a bid to focus on bike production. Accounting for a major chunk in the motorcycle segment, Bajaj’s Pulsar series still goes strong in terms of sales and popularity. Other Bajaj bike models currently in production are Platina, Discover, Avenger, V and CT100. Bajaj also exports low cost Qute Quadricycle (earlier known as RE60) to various overseas markets. The vehicle was first revealed before auto aficionados in 2012 and is sold only in international markets.

We spend some time with the Bajaj Platina 110 H Gear. It is a brand new version of the Platina with a 5-speed gearbox and a few other updates too. Does the extra cog in the gearbox make a...

It's not a car, it's not a three-wheeled rickshaw, and it's plonked in an all-new segment called quadricycle. And we have driven India's first quadricycle, the new Bajaj Qute!

Bajaj Auto's flagship motorcycle, the Bajaj Dominar 400 gets updated for 2019, with more power, updated suspension and some new features. We spend some time with the 2019 Dominar 400 to see what...

Here is our first ride review of the new Bajaj Avenger Street 180.

Bajaj Auto has expanded the Discover universe again with a 110 cc version. Interestingly, the original Discover110 was on sale over a decade ago but resurrects as a completely new offering. So, is...

The Bajaj V12 is the newest motorcycle in the mass market 125 cc commuter motorcycle segment. The undisputed leader in this segment is Honda with its CB Shine and CB Shine SP which make up almost...

Aesthetically, there is nothing to differentiate the new Pulsar 150. The only cosmetic changes are new colours, new decals, new faux carbon fibre finish on some plastic bits and a matte finish for...
Read More Expert Reviews 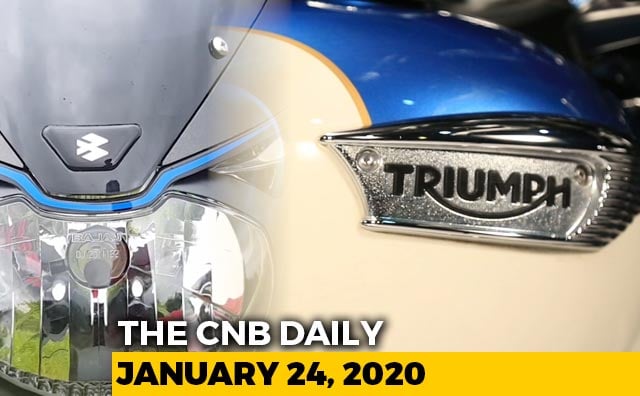